Before coming to Gdansk, you may have heard about Gdansk castle. There used to be a castle in Gdansk, indeed, but it doesn’t exist anymore. It was built shortly after Teutonic Knights took over the city. Gdansk castle was much smaller than the Malbork Castle, but it was enough to keep control over the city and ships entering the harbour. Gdansk castle was demolished in XVth century by Gdansk citizens, shortly after Teutonic Knight surrendered and left the town. Now the only remains of the castle in Gdansk is the swan Tower and the brick wall by Motlawa river, in Wartka Street, 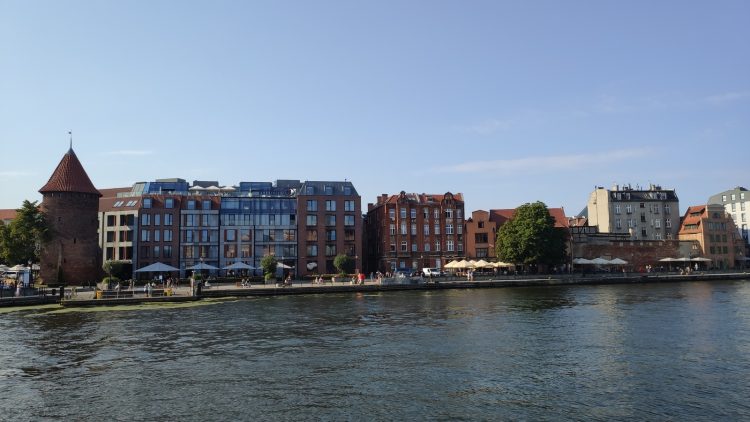 So maybe what you mistook for Gdansk Castle, is Teutonic Knights’ medieval castle in Malbork, 60 kilometres from Gdansk? It is one of the two castles near Gdansk, with the other one being a castle in Gniew.

If you come to Gdansk by train from the south of Poland, look to the left just after you pass Malbork. Teutonic Knight’s medieval Malbork Castle, the gem of the medieval architecture will be clearly visible there. 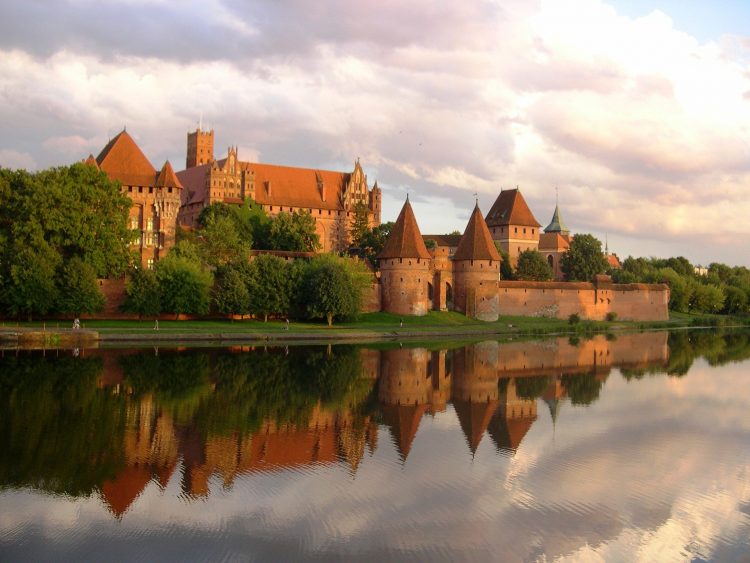 Invited to Poland in 1228, Teutonic Knights rose in power in northern Poland during the so-called “Christianization” of pagan tribes. In 1280, they started to build a Malbork Castle, which after a couple of phases was finally finished in XVth century. The Castle in Malbork became a capital city of Teutonic Knights’ lands and the headquarters of the grandmasters. Poland took over the castle in 1457, and until 1772 it served as a kings’ residence. Since then Malbork castle was being devastated, and although it underwent reconstructions before the Second World War, the original shape was never restored.

Best things to do in Gdynia
Read also

During the liberation of Malbork in 1945, the castle was part of the resistance line of German soldiers. It resulted in about 50% destruction, and the authorities considered demolishing the remains. Instead, the process of reconstruction started, that lasts until today. In 1997 Malbork Castle was placed on UNESCO World Heritage List. 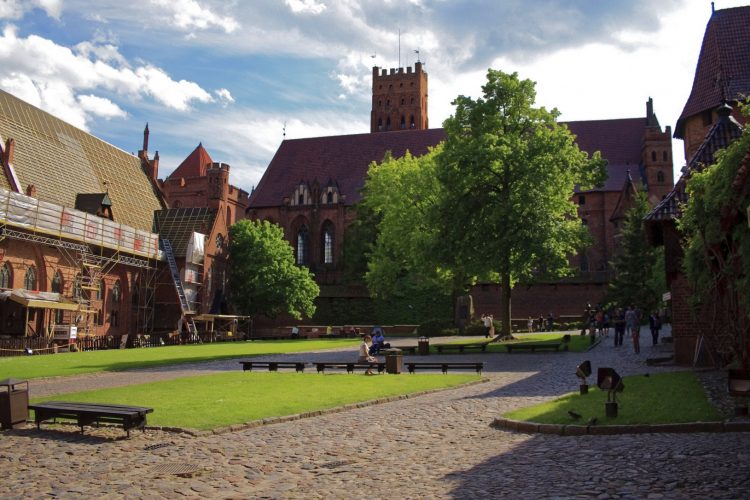 Just after the Battle of Grunwald, the castle in Malbork was besieged by Polish king Wladyslaw Jagiello, but it didn’t surrender. Since 2000, sieges take place every year, in the middle of July. 3 days’ event is full of performances and presentations, not only for kids. Tickets are usually sold out before the siege, so make sure you buy yours early enough.

The museum offers a visit to most the castle sites, including the High Castle, the Middle Castle, and the Grand Masters’ Palace.

Getting to Malbork castle from Gdansk

There are frequent trains from Gdansk. The trip should take around 40 minutes, ticket price starts from 13,5 PLN depending on the train. From the railway station, you need to walk for about 15 minutes to the castle.

If you choose to get there by car, be aware that it might be difficult to find a car park close to the Malbork Castle, and you may need to pay for it. But be careful, as private parking slots next to the Malbork Castle are very expensive, and you may pay over 50 PLN for parking during visiting the castle. So look for municipal parking areas, where the rates start from 1 PLN/hour and are charged only Monday-Friday from 8.00 to 15.00.

Opening hours may be different on national holidays. Please consult the museum’s website.

Regular ticket: 47 PLN in the summer season, 45 PLN in the winter season. Guide or audio guide is included in the ticket price.

In July and August, guided tours start at

You should reserve about 3-4 hours for the visit.

The museum offers night tours in the summer period, at 20.45. Tours in foreign languages are available in July and August on Fridays. Make sure about the availability before you set off.

Ticket price is 40 PLN for foreign language guide. You should purchase tickets before 20.45.

In the winter period to book night tours, you should contact the museum.