Home Practical tips Gdansk souvenirs – what to buy in Gdansk?

Gdansk souvenirs – what to buy in Gdansk?

In the city centre, you can find plenty of souvenirs shops. As in every tourist city around the world, you can find mugs, magnets, T-shirts and so forth. But not only that. There’re also some unique Gdansk souvenirs, which you can’t buy somewhere else. Let’s check what to bring from Gdansk?

Gdansk is famous for its amber called the Gold of the North. Amber is believed to have healing properties – it supports the treatment of asthma and rheumatism and lowers blood pressure. After the storm, it’s possible to find small pieces of amber on the seashore.

On Mariacka Street you can find many shops selling beautiful jewellery with amber, sculptures, “lucky trees” and much more. They also sell small pieces in the bottle to prepare your own tincture to use when you have a viral or bacterial infection or to relieve muscle and bone pain. Well, not everyone is an amber lover but it’s the number one souvenir from Gdansk.

Other nice souvenirs from Gdansk are all stuff with Kashubian pattern. “Kaszuby” is a cultural region with its own tradition and dialect. Some people consider Gdansk to be the capital of this region. While buying a bag, napkin or tablecloth with kashubian embroidery you can be sure that you choose a typical souvenir from Gdansk.  The design uses 5 main colours: blue, black, red, green and yellow and motif with local flowers like a pansy, cornflower, gillyflower and lily.

The good and bad things about living in Gdansk
Read also

The next idea is perfect for people who like testing different types of alcohol. Goldwasser which means “gold water” in German is a spicy and herbal liqueur with small gold flakes in it.  In XVI century Dutch refugee Ambrosius Vermeulecentury brought the recipe to Gdansk and this alcoholic drink became popular very quickly. Russian Tsar Peter I the Great and Tsarina Catherine the Great were big enthusiasts of Goldwasser. The liqueur was produced in Gdansk till 2009, now the production takes place in Germany. There’re also some other liqueurs produced that tastes similar to the original one. You can buy a bottle in big supermarkets which cost about 70-80 PN for 0,5l or try it in the restaurant “Goldwasser”.

Check also our other practical tips:

Where to eat in Gdansk

Gdansk or Danzig – and how to pronounce Gdansk?

The good and bad things about living in Gdansk

Gdansk in winter – ready for skiing or ice skating? 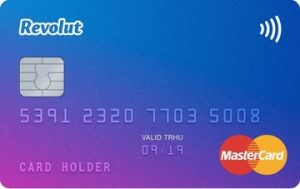